No Dual PC, but Single PC in Double Chassis


7 replies to this topic

I use JPLAY & JCAT since a few years to develop custom single PCs with dedicated power supplies (designed by a friend of mine, working with me for a french Loudspeakers & Power Amp manufacturer).

A few month ago, i promised to Marcin to share pictures and informations on our new project.

My goal is to have a proprietary source for personnal use, and able to ensure demonstrations with the best audio quality we want to promote.

First, I post a few pictures of the first results of this work, considering the internal wiring is not final, and we have to improve the softwares settings.

In a few days, i'll try to develop details and informations on our choices, then descrbe the musical impacts. 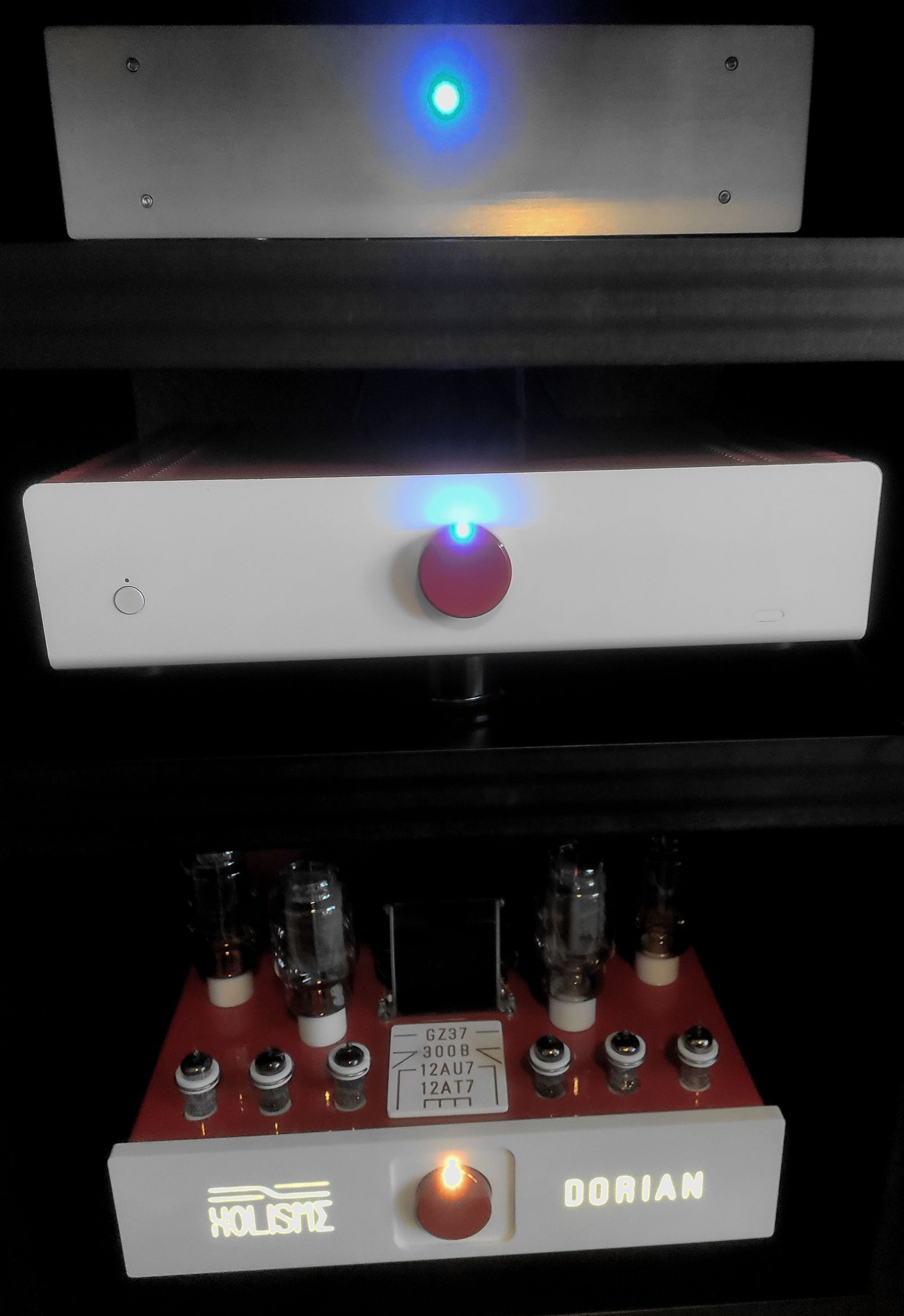 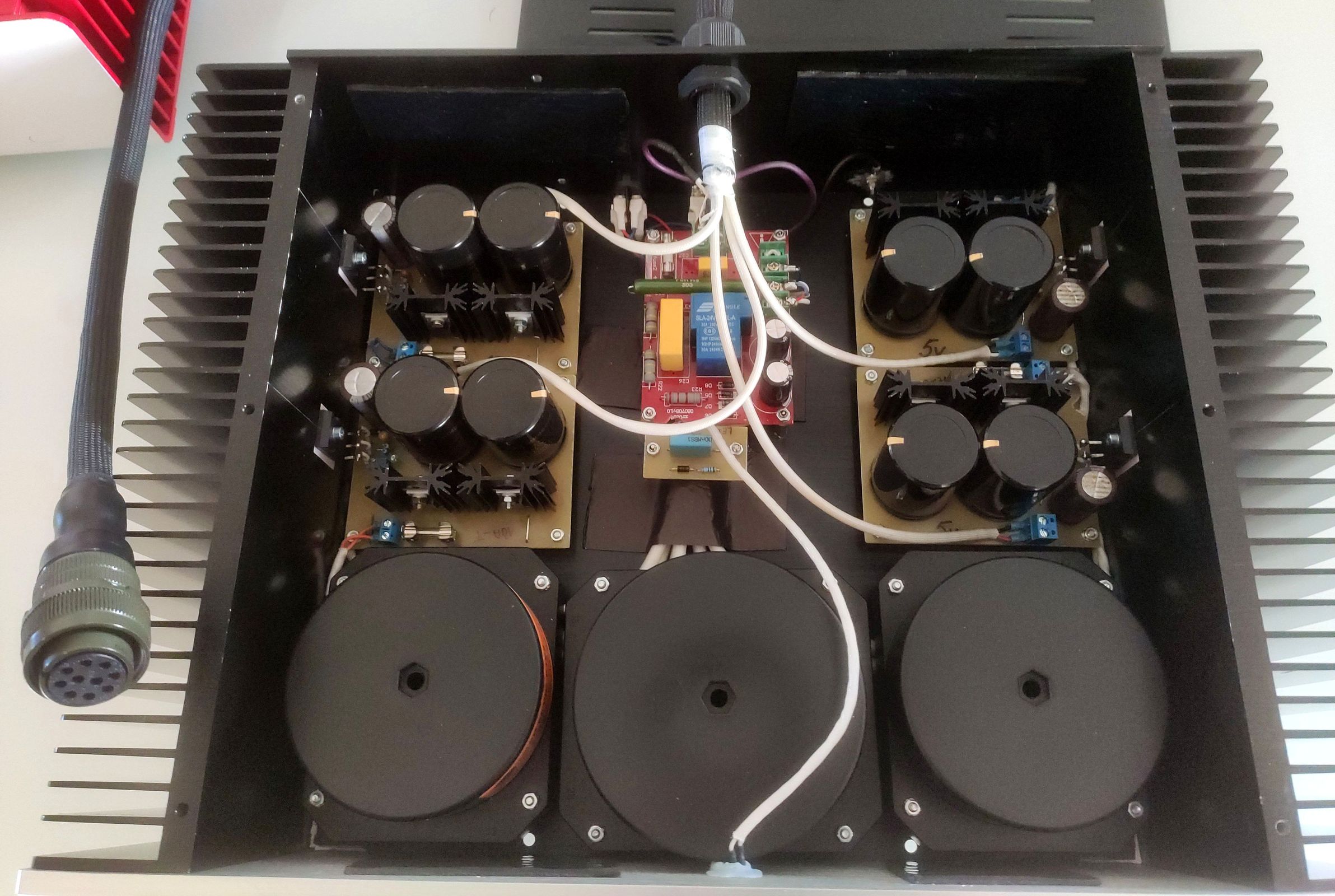 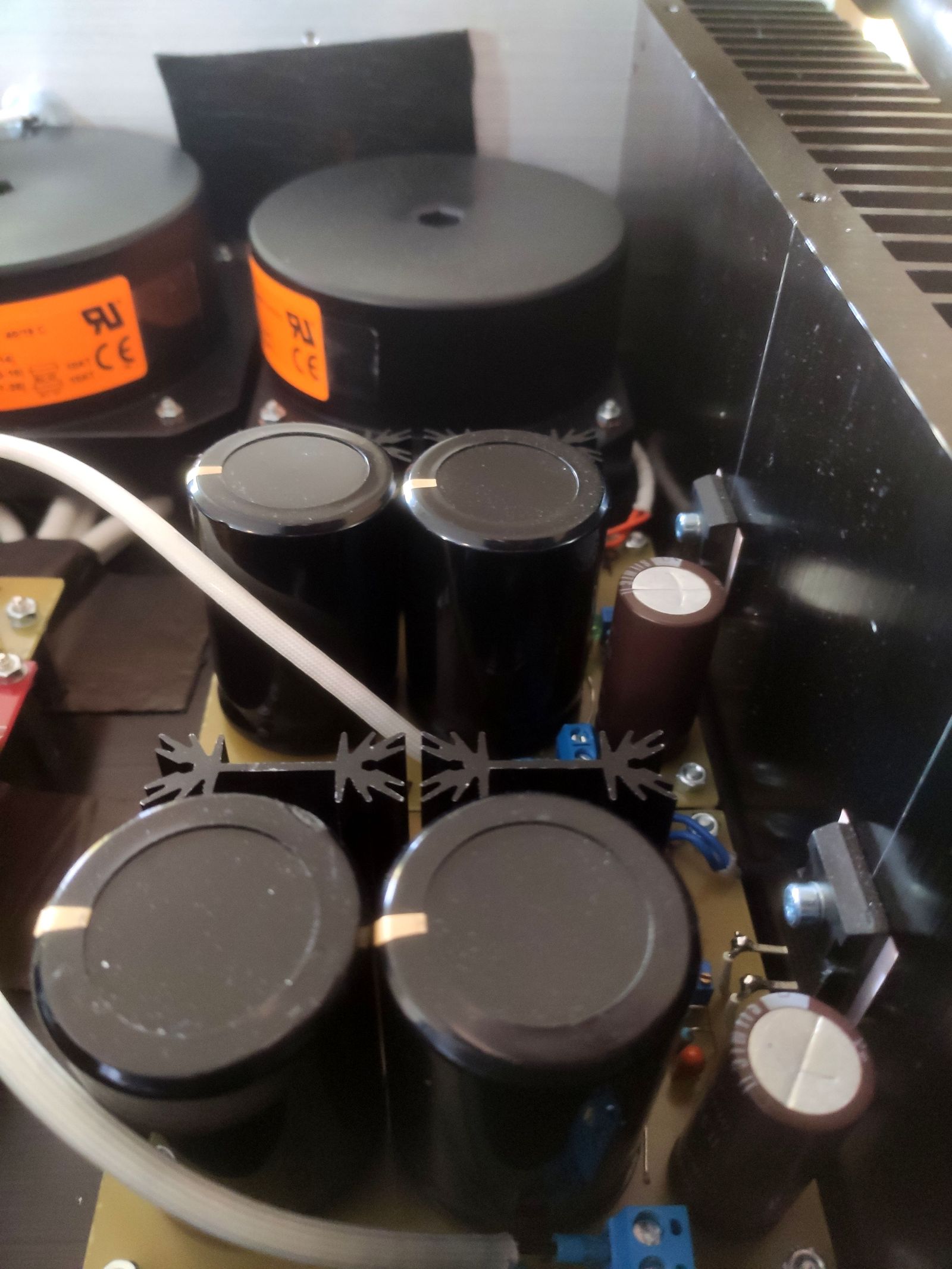 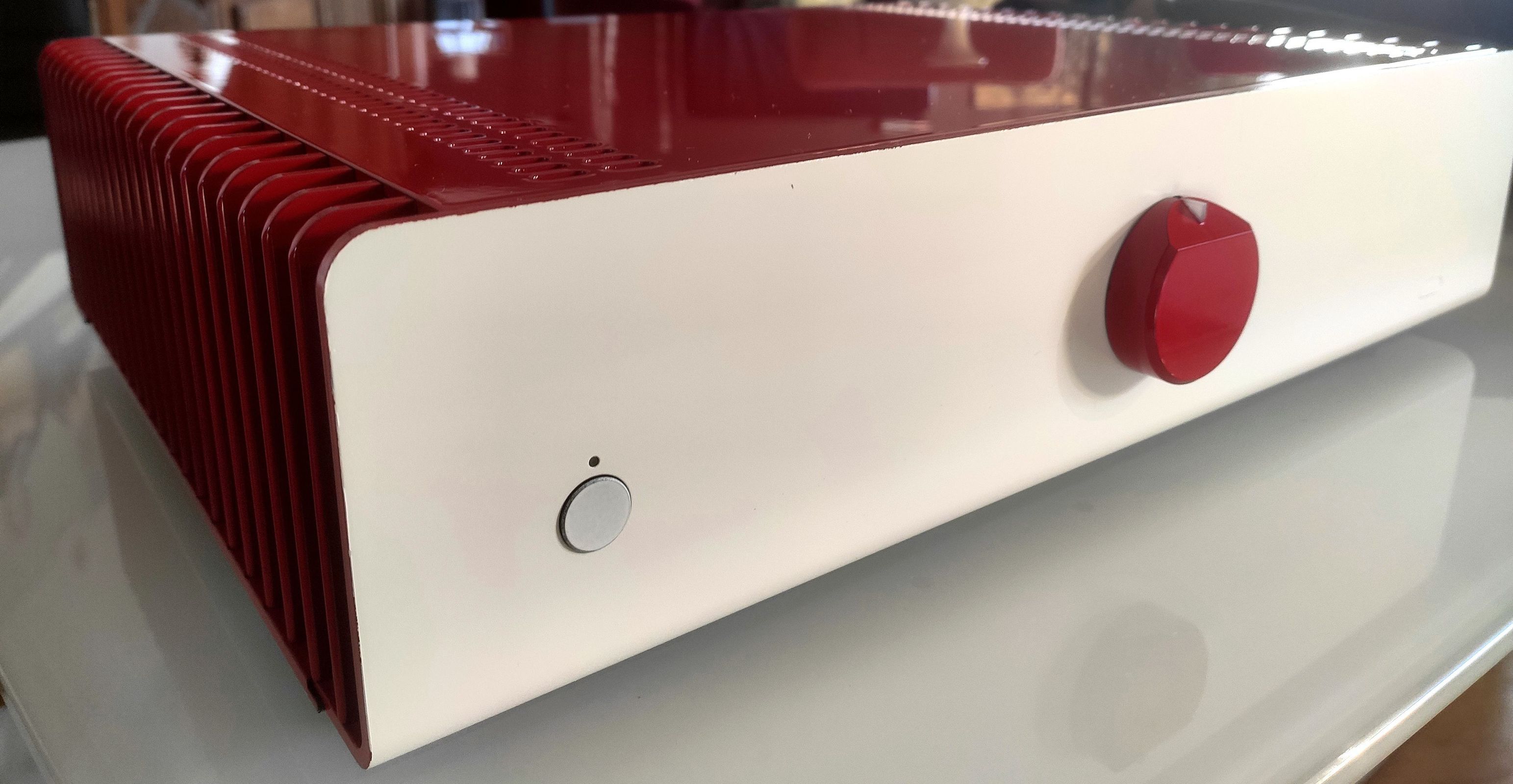 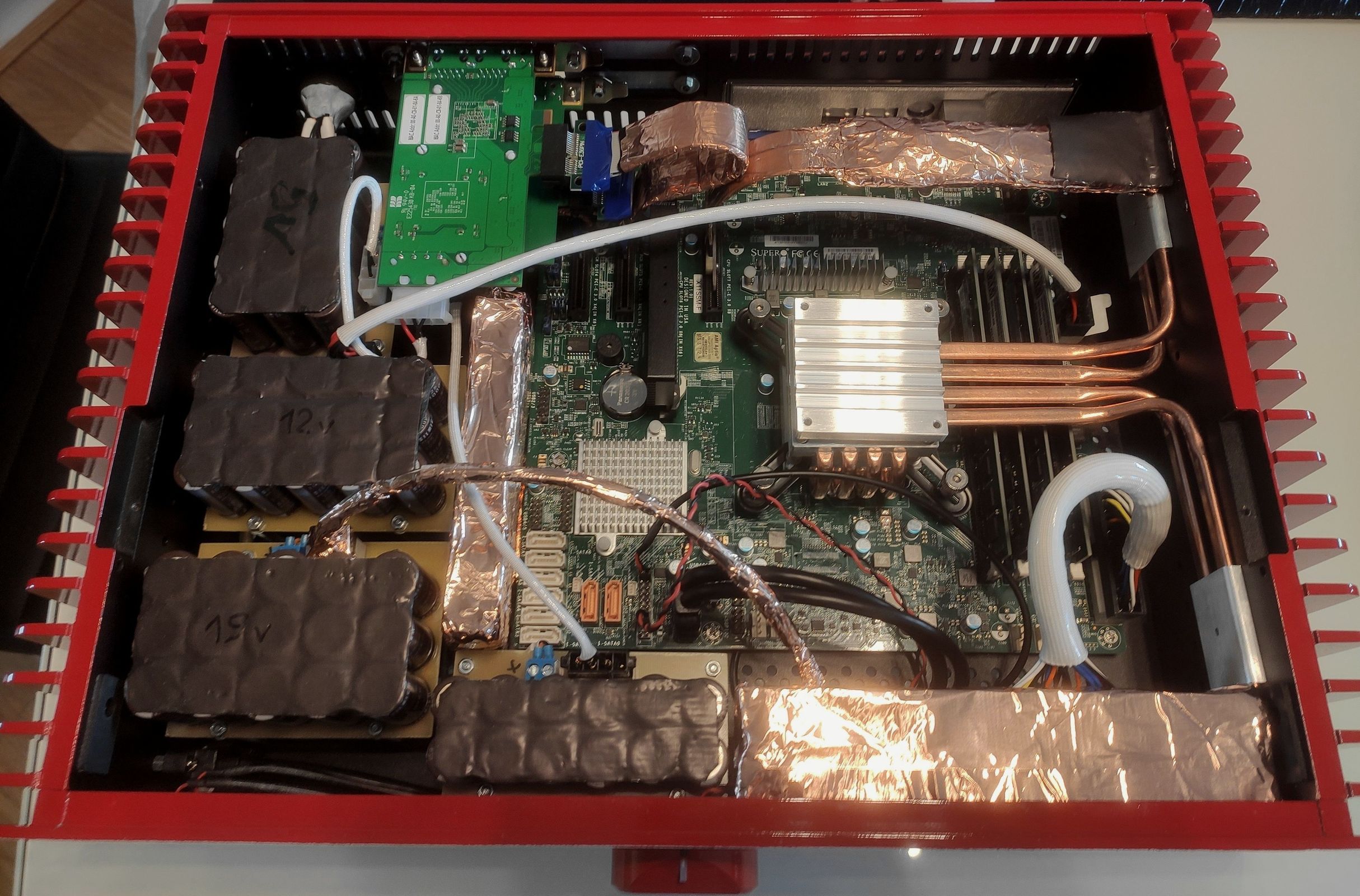 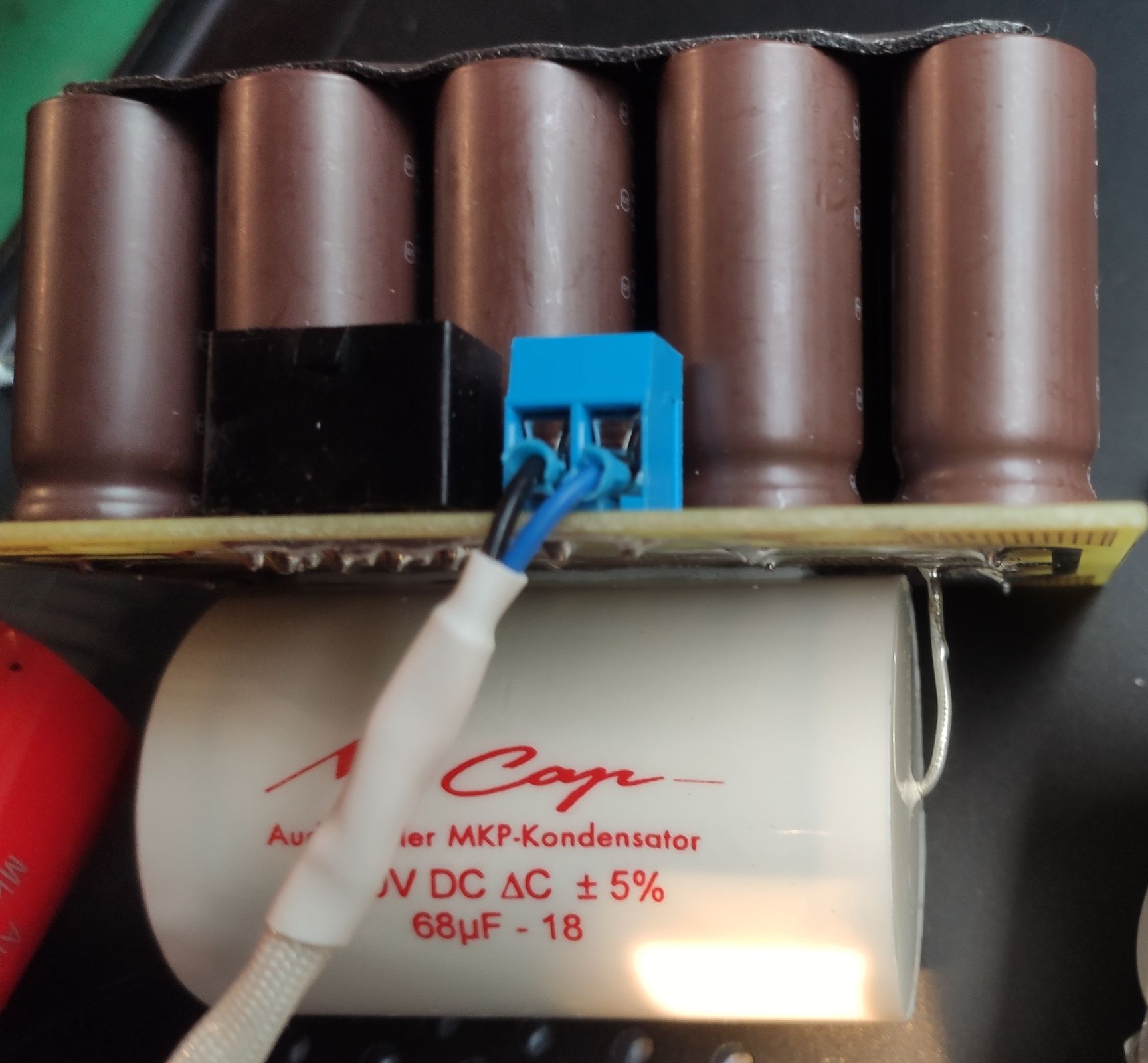 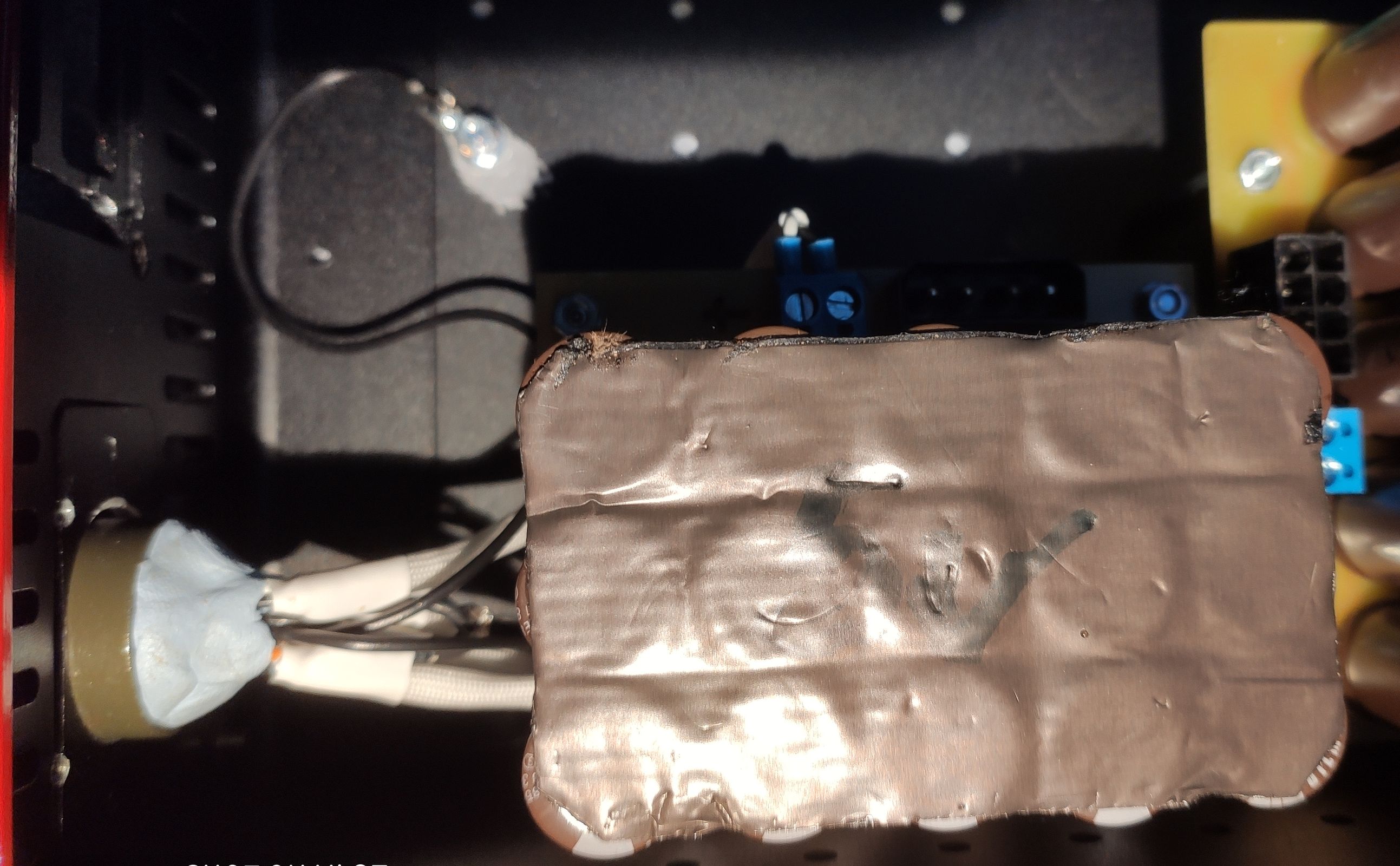 Your reactions and suggestions are welcome

JPLAY FEMTO: a complete network music software player for the most demanding audiophile.

Want to squeeze more from your PC-audio? Hear the difference with JCAT
Join Computer Audio Enthusiasts group on facebook

OMG!! This is serious stuff, that only real passion can motivate such outcome...! Very envy... I am sure it sounds Wonderful!

Wow. That looks the part!

Red hot Caruso! Hope it sounds as sexy as it looks.

Caruso is a "Single PC" but in 2 chassis.
The first includes transformers and regulation, the second the filter cells and the purely IT part.
On the IT side, and taking advantage of the feedback from the most enthusiastic members of this forum, I am now moving to dedicated server hardware:
The HDPLEX / JCAT boxes having been unavailable for many months, I turned to STREACOM ones.I adapted their cooling system by adding their "spacer" placed at 90 degrees.
I kill two birds with one stone by allowing the heat pipes to pass over the Ram bars and to increase the cooling capacity which, basic, is too weak for the Xeon.
The first load tests, performed with a computer power supply, proved conclusive in terms of heat dissipation.
Each JCAT card has its own regulated 5v power supply (common transformer for both)
The Processor benefits from a dedicated 12v power supply (including transformer).
The Motherboard is powered via the HDPLEX DC / ATX converter, itself powered by a dedicated 19v power supply (transformer included).
This choice, which may seem surprising, is dictated by reasons of bulk associated with the sizing of the discrete components implemented by my technician.
An implementation of this card in conditions upstream of identical philosophy (although less advanced than here) has already given excellent results.
The internal wiring is carried out by Absolue Créations (with whom I have very privileged relationships).
The connection between the two chassis is of the "military aviation" type and will only be removable on the server side.
Considering the inherent limits (in my opinion) of the connections and wiring of the very good linear power supply HDPLEX 400w; one of the aims of this project is to get rid of this type of limit.
For reasons of manufacturing delay linked to the availability of AC, the internal IT cabling will initially remain "classic". To console myself, I'd tell that this will better measure its impact.
The 4 large filter cells benefit from a Polypropylene decoupling which is located "underground", the cards being double-sided.
For each power supply, a first filtering (silver capacitors) and the regulation are placed in the box containing the transformers.
The computer unit only includes the second level of filtering to limit the risk of pollution.
The copper shields are rather there to prevent computer components from polluting these filter cells.
I specify that the adjustment of all the regulators has been made "on load" in order to take into account the losses linked to the resistivity of the wiring of the internal links.
The different levels, the dimensioning and the speed of the capacitors are provided to cope with the speed of the pulses of current draws so that the quality thereof is always optimal.
We must not forget that these capacitors are not on the path of the musical signal, so it is not necessarily necessary to stick Duelund everywhere
The two JCAT cards having different current needs, it was chosen to supply one for each.
This also allows you to still have a good margin on these 5v power supplies (at least 2 amps each) in order to be able to eventually power additional SSDs.
On Software Side, i first work with WS2016 (less process running than WS2019).  Later, i'll have to test the musical contribution of WS2019.
I use FEMTO (of course!!!), but I chose to keep the minimserver layer for obvious ergonomic reasons (more than 12.000 musical works).
Minimserver is launched via Fidelizer and uses avconv encoder.
Fidelizer 8.5, Audiophile Optimizer 3 and MinorityClean XXVII are also used, but i still have to work on their settings.
Considering i own a Lampizator DAC, the Amanero USB driver settings don't allow me to exceed 100HZ on DACLINK's FEMTO setting.
On the advice of BernieK, i choosed Auslogic Bootspeed to clean the OS.
Storage is shared between the two internal SSDs, an external SSD (powered by JCAT USB card), and a NAS. So, i can compare musical quality for the same files depending of the way they are stored.
To be continued...

Well...
The new JCAT USB XE card arrived this afternoon.
Honestly, having worked for years on the development of various music servers, the latter by implementing colossal means (especially in terms of dedicated power supplies), I thought I had reached a kind of  "Nirvana" sound, and did not really know how I could go even further, the listening results being already superlative.
Also, my curiosity was piqued when Marcin O announced the release of a new USB card, adding to the range of excellent JCAT products, of which I have happily used several elements for many years.
So I was one of the first to order it, eager to check for myself if it was able to further improve my system, and if so, how?
Once integrated into CARUSO, replacing the excellent FEMTO, I start the machine in order to finalize the software installation, update the dedicated driver (via Snappy Driver), relaunch Audiophile Optimizer 3 and particularly, check that I all audio settings have not changed.
Finally, I can listen to a first track!
The card is cold, has no burn in. Despite this, the result is already higher than the one obtained by the FEMTO USB card coupled to the JCAT USB Isolator:
These first impressions confirm that Marcin O is a leader in the dematerialized music field, and one of the very few working in both the software and hardware fields.
Thinking of getting the most out of your DAC? Well... you will have to revise your judgment, because the JCAT XE USB card still pushes the limits away.
This confirms that it is essential to take care of its source, as far upstream as possible, because what does not come out at this level can never be recreated downstream, whatever the quality of your DAC.
So yes, in my opinion, the JCAT XE USB card is an almost essential purchase, and its price seems largely justified, in view of what it brings.

Back to Computer Audio


0 user(s) are reading this topic